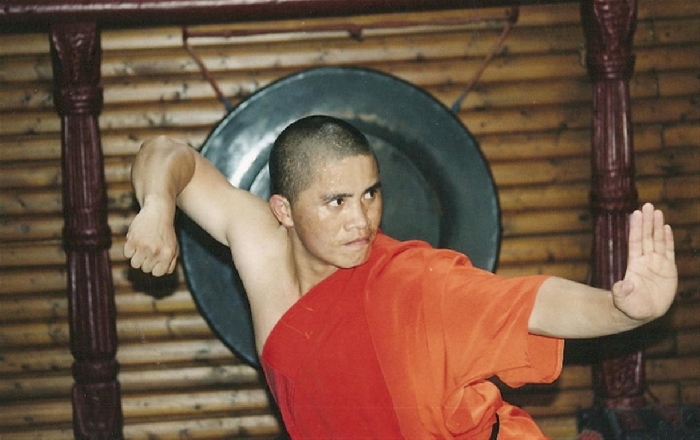 The thirty-third generation of secular disciples of the Songshan Shaolin Temple in China, has learnt martial arts since his childhood, and followed the abbot of the Songshan Shaolin Temple for many years. He was selected in 1995 into the Shaolin Temple Monk Group, and then often with the group went to visit the United States, Japan, the Netherlands, Belgium, Hong Kong and other countries. He was the champion of the Henan Zhengzhou International Shaolin Wushu Competition in 1996. He is now a national level coach/referee and has reached the 6th duan of wushu (in the Chinese Wushu Duanwei System). 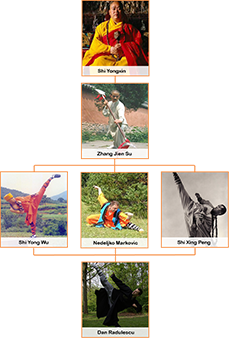